Pittsburgh is called “The City of Champions”.

Unfortunately the Pittsburgh Pirates did not receive the memo.

The last Championship the Pirates won was in 1979.
That team was led by pitchers John Candelaria, Bert Blyleven and Kent Tekulve and hitters Willy Stargell and Dave Parker.
The 79 Pirates team is known as the “We Are Family” team, as the disco hit “We Are Family” by Sister Sledge was used as the team's theme song. 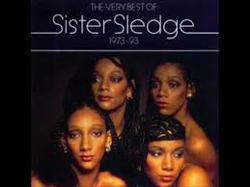 Since the Pirates last championship in 1979, the Steelers have won 3 Super Bowls and the Penguins have won 5 Stanley Cups.
Even the Pittsburgh Passions, the women’s professional football team, have won 3 championships since 1979!

The Pirates championship drought of 39 years is the 7th longest in baseball.

Billy Roark was hired as Manager of the Pirates last year.
Roark was a former pitcher who has a keen eye for spotting and developing young pitching.
The Pirates realized that pitching was the way to championships so Roark was given the task of bringing a championship back to Pittsburgh and ending the title drought of this historic franchise.

This is the franchise that gave us Honus Wagner and the most valuable baseball card in history, Pie Traynor, Roberto Clemente, Willie Stargell, and Ralph Kiner.
But over the last 39 years, the most enduring Pirate memory was Sid Bream limping around 3rd based to knock the Pirates out of the World Series in 1991.

Roark’s first job as Manager was to hire an Assistant Coach, and he went with Scott Kirkpatrick.
Kirkpatrick is part baseball coach and part comedian.
He has a sharp baseball mind and his easy going demeanor and one liners always bring a laugh from the kids and the fans in the stands.

In 2017, Roark and Kirkpatrick drafted the best baseball team in Majors, pound for pound.
Unfortunately for the 2017 Majors Pirates, they just didn’t have enough pounds.

They were the youngest team in Majors, had the youngest kid in Majors, and had the least amount of 12 year olds with 4.
That 2017 team battled hard but it seemed they were just a run (and a pound) away from winning almost every game.

Roark and Kirkpatrick are forward thinkers and they were a year ahead in their draft strategy last year.
If that 2017 team were kept together this year, they would easily be the 2018 favorites for the title.
4 of the 12 players on the 2017 Pirates went in the 1st round of the Majors draft this year.

Roark and Kirkpatrick made an adjustment in 2018 and went with an older team.
8 of the 12 Pirates this year are 12 year olds.
And they have two of the top arms in Majors in 12 year olds Cole Roark and Scotty Kirkpatrick.

Roark and Kirkpatrick shut down opponents and lit up radar guns last year, as one of the few 11 year olds to register 60+ mph on the gun.
With another full year of growth, it won’t be fun for Majors hitters to step to the plate against these two aces.

We have seen this formula work before.
The 2017 Athletics had two aces leading their staff in Dylan Brandenberg and Ryan Hove.
But that Athletics team had contributions from all over the place in route to their championship.

There is optimism in Pittsburgh that this will finally be the year.
It happened for the Astros last year and now the Pirates seem on the verge.

The confidence is so high by Pirates fans that the question isn’t whether the Pirates will win the championship this season.
The question is what the theme song will be.