Friday Night Lights - "No Rain" Battle off the Unbeatens 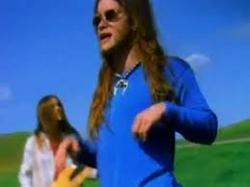 Tired of watching the puddles gather rain?
Then come out to Friday Night Lights tonight!

We have a huge AAA/Majors doubleheader on tap.
Not only are the 4 teams playing all undefeated, but we feature 3 of the 4 top offenses in AAA and Majors.
And the team that isn’t in the top offense…well they have the top pitching staff in AAA.

The AAA game at 5:00 p.m. features the Knights (2-0) at the Lugnuts (2-0).
The visiting Knights led by Manager John Baer are the AAA leaders in ERA allowing 1.50 runs per game.
Meanwhile Manager Steve Zirelli has the top offense in AAA with his Lugnuts averaging 9 runs a game in their two blowout wins.
They say good pitching beats good hitting every time….find out tonight if the old adage is true.

The Majors game at 7 p.m. features the top two offenses and run differential leaders in the league, the Arizona Diamondbacks (2-0) at the Detroit Tigers (2-0).

The Diamondbacks under Manager Jeremy Schmalzle have done it the unconventional way.
They don’t have the dominating 12 year old at the top of the rotation.
This is the youngest team in the Majors, with the least amount of 12 year olds (4) and the youngest combined age.
Led by 7 11 year olds, the Diamondbacks have Big Gulped their way to 9.5 runs per game, 2nd in the Majors.

The Diamondbacks pitching staff has been led by Connor Schmalzle and Logan Mathias, who have combined for 7 shutout innings.
The offense has been paced by Davis Minton and Charlie Fulton who have 9 RBI’s combined.
What this team lacks in size and strength, they make up for with chemistry and a bunch of gamers.

Are these young Diamondbacks for real?
Fear the Snake!

The Tigers under Manager Dave Diago have had a Sybil-like split personality through their first two games.
They got no-hit their first game, yet somehow managed to win 7-6 on a parade of walks.
In their second game their offense exploded for 14 runs including home runs by Connor Cook and a grand slam by Cole Reimer.
Now they get one of their best players back coming off an injury and making his season debut tonight, Ian Josephson.
The Tigers lead the Majors in offense with 10.5 runs per game.
Can this veteran-laden Tigers team led by 8 12 year olds awaken the memories of the 84 Tigers, Detroit’s last championship baseball team?